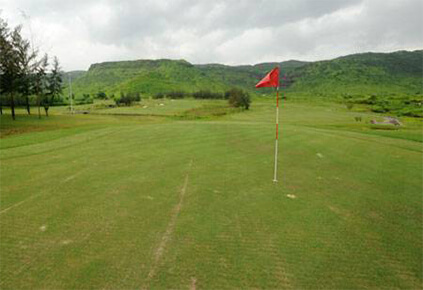 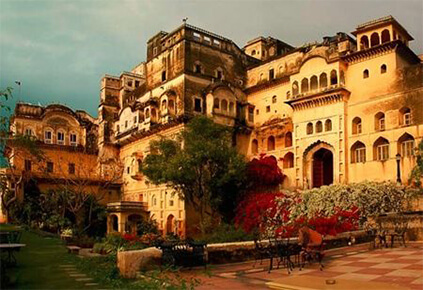 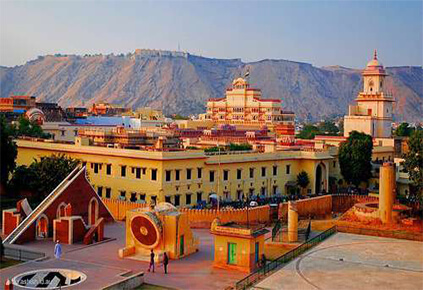 Distant India Journeys representatives will receive you on arrival at the international airport in Delhi. Transfer to your hotel. Relax. DELHI, the capital of kingdoms and empires is now a sprawling metropolis with a fascinating blend of the past and the present. It is a perfect introduction to the composite culture of an ancient land.  A window to the kaleidoscope - that is India.

After breakfast, we will take you to Golden Greens to play the golf.
This is a link golf course by Dr. Martin Hawtree with the 18-holes & par 72.71 yards from the men’s championship Tee and 5800 yards from the ladies tee.  The guests can shred on this layout and it is advisable to remain out of the thick roughs.  You can also experience the deep sleeper bunkers on this course.

In the evening, we will take you to a local Indian restaurant for the dinner.

Morning play golf at Qutab Golf Course.
QUTAB GOLF COURSE : It is maintained by the Delhi Development Authority (DDA) is the only public golf course in the country. The 18 hole par 70 course yardage 6189 form men’s tee and 5380 from ladies tee is a delight for those wishing to brandish their driver at every possible hole.  Wide-open fairways and an easy layout are sure to give your ego a boost. Afternoon half day city sightseeing tour of NEW DELHI visiting Qutab Minar built by Qutub-ud-Din aibek in 1199, in 1199, Humayun's Tomb, India Gate (War memorial arch), Lakshminarayan temple - a modern Hindu Temple.  Also drive past President's house, Parliament house, Government secretariat buildings and Connaught Place - shopping centre.

Morning leave for Jaypee Greens Resort on the outskirts of Delhi to play a game of Golf. JAYPEE GREENS: It is a Greg Norman designed 18-Hole Golf Resort. It has as many as 88 bunkers and 14 water bodies pose a welcome challenge to golfers and the lush rolling greens delight them on 7.343 yards that make it the longest course in India. It also has Club House and Bar, a Lounge and Restaurant. Later leave by surface for Agra. On arrival check into hotel.

Overnight will be in Agra

Morning half day city sightseeing tour of AGRA.
Visiting the world famous TAJ MAHAL built by Moghul Emperor Shahjehan in 1630 for his queen Mumtaz Mahal to enshrine her mortal remains. Later visit the AGRA FORT containing the halls of Private and Public audience and other palaces. (Taj Mahal is closed on every Friday) Agra / Jaipur (237 kms. 6hrs) Later leave by surface for Jaipur enroute visiting FATEHPUR SIKRI built by Emperor Akbar in 1569 and abandoned after 15 years due to scarcity of water. See the graceful buildings including Jama Masjid, Tomb of Salim Chisti, Panch Mahal and other Palaces. On arrival check into hotel.

Morning round of Golf at Rambagh Palace Polo & Golf Club, a 18-hole par 72 course.
In the footsteps off the Maharajas : The Rambagh Palace & Golf Club in Jaipur is an 18 hole Course overlooking the Moti Doongir Palace and the Historical Nahargarh Fort. The fairway passes through the Rambagh Polo Grounds, which have seen some of the finest Polo matches in the time of the late Sawai Man Singh. These days there are more golfers to be seen on the grounds where are royals once moved on their charges. The Courses spread over undulation terrain, are all green except for the hole. Afternoon half day city sightseeing tour of JAIPUR visiting Maharaja's city palace and the observatory. drive past Hawa mahal or the palace of winds and through the rose-pink residential and business areas of Jaipur.

Morning leave by surface for Neemrana.
Onroute visiting AMBER FORT the ancient capital of the state until 1728. Ascend on elephant /jeep ride, the hill Visit the Jagmandir or the hall of victory glittering with mirrors, on which the fort is situated. On arrival check in at the Neemrana Fort Palace.
NEEMRANA FORT PALACE: Built since 1464 AD, Neemrana Fort-Palace is among India's oldest heritage resorts. Neemrana became the third capital of the descendants of Prithviraj Chauhan III, who was killed in battle by Mohammad Ghori in 1192 AD. This picturesque site was chosen by Raja Rajdeo and Neemrana derived its name from a brave local chieftain Nimola Meo, who when defeated by the Chauhans, pleaded that his name be given to his lost kingdom. Evening free.

Overnight will be in Neemrana.

Morning Enjoy facilities at Neemrana Fort. Later leave for Classic Golf Course.
CLASSIC GOLF COURSE: It is the first South Asian signature championship course designed by the great Jack 'Golden Bear' Nicklaus.  The resort has been built on a 300-acre expanse, at the foothills of the picturesque Aravalli hills.  This international standard classic golf course is located on the outskirts of Delhi, off the Delhi-Jaipur highway and about a 45 minutes drive away from Delhi.  This fusion of international experience with indian expertise, indigenous adaptation of globally accepted materials and processes as  well as the constant adherence to quality  standards is what makes the classic golf resort a truly world class championship venue. After golf do last minute shopping.

Later on time transfer to international airport to connect flight for onward destination.