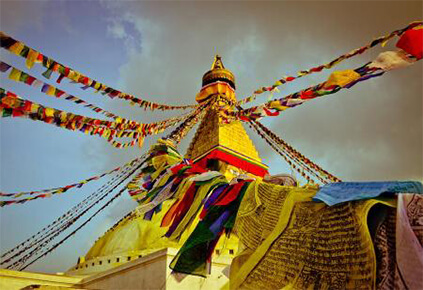 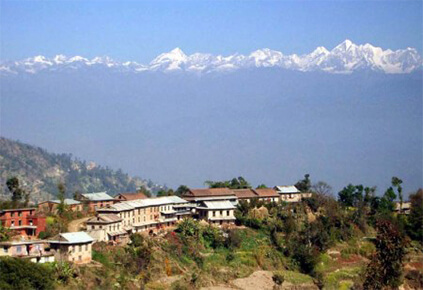 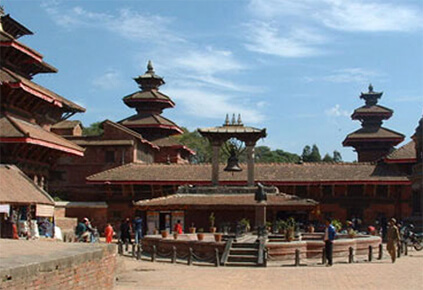 Upon arrival transfer to your hotel. Rest of the day is at leisure.

After breakfast sightseeing of Pasupatinath temple, Boudhanath stupa & Bhaktapur city. Boudhanath Stupa was constructed in 5 c. AD. Boudhanath is one of the largest stupa in the world and the largest in Nepal.(It looms 36m high and 100m in diameter). It is surrounded with prayer wheels that content religious texts. There are many Tibetian Buddhist monasteries in vicinity of stupa.
Pashupati Nath: Pashupati Temple is is one of the most important and world renowned Hindu temple stands on the banks of Bagmati River, between the airport and Boudha. This Shiva temple on the subcontinent draws numerous Devotees, sadhus and holy men from all around the world. Lord Shiva is known as the destroyer and creator of the Hindu religion and appears on many forms. Although Shiva is often bloodthirsty god, no animal sacrifices are made here. Outside the temple you will see numerous people selling flowers, incense and other offering materials. In-front of the temple there is a bull known as Nandi facing towards the temple. Only Hindus are allowed to enter the temple and you are not allowed to take photographs of the Lord shiva inside the temple. Bagmati River Bank on the side of Pashupati, is also a popular place for cremation. Just beside this temple lies Guheyeshwari temple.

Bhaktapur is also known as Bhadgaon or the city of Devotees, is the third major town of the Kathmandu Valley. Bhaktapur was the capital of the whole valley during the 14th to 16th century. Much of the town's great architecture dates from the end of 17th century. This town is also well known as Newari Architecture town. Bhaktapur rises upon the northern bank of Hanumante River. Bhaktapur Durbar Square (World Heritage Site) the place of the famous Lion's and Golden gates, the palace of 55 windows (12th century) the magnificent Chowkot Palace and Bell of Barking Dogs. The Nyatapola Temple (17th century) stairway leading to the temple is flanked by stone figures of deities and mythical beasts, each 10 times more powerful than the one immediately below. The Dattatreya Temple located nearby is dedicated to the three headed combination of the Hindu deties Brahma, Bishnu and Shiva.

After breakfast sightseeing of Pasupatinath temple, Boudhanath stupa & Bhaktapur city. Boudhanath Stupa was constructed in 5 c. AD. Boudhanath is one of the largest stupa in the world and the largest in Nepal.(It looms 36m high and 100m in diameter). It is surrounded with prayer wheels that content religious texts. There are many Tibetian Buddhist monasteries in vicinity of stupa.

Return to Kathmandu after a short trekking tour downhill to visit the Newari villages around Dhulikhel. Reach Kathmandu and transfer to the airport for your flight to Pokhara in the Annapurna chain of mountains. The flight is awe inspiring. Upon arrival at Pokhara airport transfer to your hotel.

`After breakfast at your hotel leave for a short city tour including a boat ride on Phewa lake where from you have the best view of the Fish Tail Mountain (Machcha pucherey). Visit the temple in the middle of the lake to pay obeisance to goddess Kali.

In the morning transfer by road to Chitwan National Park to view Tigers.

Reach by early noon and in the afternoon nature walk to acquaint you with the jungle life here in Nepal.

Full day reserved for game viewing inside the park.

Chitwan is popularly known for Royal Chitwan National Park. Here you will find some of the most exciting safari destinations in the world. You will be going into deep jungle on elephant back or four-wheel drive vehicle to view wild animals in their natural habitat. Other thrills are canoe rides on the Jungle Rivers, nature walks, bird watching excursions, and village tours. Among the 14 national parks and wildlife reserves in the Kingdom, the Royal Chitwan National Park (932 sq km) is the most popular safari destination. More than 43 species of animals are found in Chitwan. The endangered one-homed rhino, Royal Bengal tiger, Gharial crocodile, four-horned antelope, striped hyena, and the Gangetic dolphin are the main attractions here. The best part is that it is close to Kathmandu and easily accessible.

Return to Kathmandu and relax for the day.

Free time to relax. In time transfer to the international airport for your flight back home.