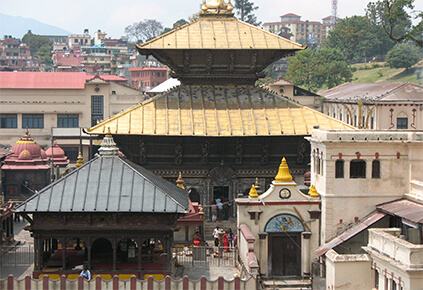 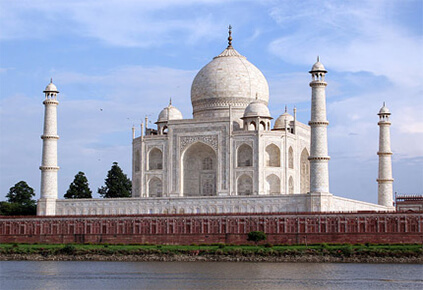 Distant India Journeys representatives will receive you on arrival at the international airport in Delhi. Transfer to your hotel. Relax.

DELHI, the capital of kingdoms and empires is now a sprawling metropolis with a fascinating blend of the past and the present. It is a perfect introduction to the composite culture of an ancient land.  A window to the kaleidoscope - that is India.

After breakfast, proceed for a full day sightseeing of Delhi.

Old Delhi  - A sightseeing tour of Old Delhi would entail visiting the Raj Ghat   - the memorial site where Mahatma Gandhi was cremated; Jama Masjid - the largest mosque in India and the Red Fort - once the most opulent fort and palace of the Mughal Empire.

New Delhi - An extensive sightseeing tour of New Delhi would include a visit to the Humayun’s Tomb, the Qutub Minar, a drive along the ceremonial avenue - Rajpath, past the imposing India Gate, Parliament House, the President’s Residence, and Lotus Temple and would end with a drive through the Diplomatic Enclave.

Return to your hotel and relax.

Drive to Jaipur in the morning. Check into your hotel and spend a relaxed evening.

Proceed for a morning excursion to Amber Fort after breakfast. Elephant ride ascent to the fort.

Amber Fort Palace - Amber is the classic romantic Rajasthani fort palace.  Its construction was started by Man Singh I in 1592, and completed by his descendent Jai Singh I.  Its forbidding exterior belies an inner paradise where a beautiful fusion of Mughal and Hindu styles finds its ultimate expression.

City Palace - A delightful blend of Mughal and traditional Rajasthani architecture, the City Palace sprawls over one-seventh of the area in the walled city.  It houses the Chandra Mahal, Shri Govind Dev Temple and the City Palace Museum.

Jantar Mantar - This is the largest and the best preserved of the five observatories built by Jai Singh II in different parts of the country.  This observatory consisting of outsized astronomical instruments is still in use.

Hawa Mahal- The ornamental facade of this "Palace of Winds" is a prominent landmark in Jaipur.  It is a five-storey structure of sandstone plastered pink encrusted with fine trelliswork and elaborate balconies. The palace has 953 niches and windows. Built in 1799 by Pratap Singh, the Mahal was a royal grandstand for the palace women.

In the evening visit a textile block printing factory and the gems cutting and polishing centre.

After visiting Bharatpur Bird Sanctuary continue drive to Fatehpur Sikri. The deserted, red Sandstone City, Emperor Akbar built that as his capital and palace in the late 16th century is an exhilarating experience. It a veritable fairytale city and its  "ruins" are in pristine condition...  it's not hard to imagine what the court life must have been like in the days of its grandeur.

Also visit the Bulund Darwaza, the largest gateway in the world.

On arrival at Agra, check into your hotel and relax.

Taj Mahal is awaiting your arrival today morning. A must see with the rising sun as the Taj Mahal is bathed in the golden rays of the morning sun. Built by Shah Jahan, the Taj is a white marble memorial that houses the tomb of his beautiful wife Mumtaz Mahal. This monument took 22 years to be completed and was designed, and planned by Persian architect Ustad Isa. Apart from its stunning design, balance and perfect symmetry, the Taj is also noted particularly for its elegant domes, intricately carved screens and some of the best inlay work ever seen anywhere in the world.

You will be driven to the Taj Mahal on board a horse carriage from your hotel like the erstwhile imperials in India. Then see the Agra Fort built by Akbar where Shahjehan was imprisoned by his own son Aurangzeb.

After breakfast transfer to railway station to board your train for Jhansi. On arrival in Jhansi railway station, you will be driven to Khajuraho via Orchha.

Visit Orchha with its imposing Jahangiri Mahal and the cenotaphs of the Bundela Rajput warriors. Orchha is a medieval village where time has stopped. You feel the timelessness of this spot. Orchha is a medieval city founded by Bundela rulers with palaces and temples of the 16th and 17th century – which have remarkably withstood the onslaught of time. The river Betwa picturesquely flanks the city. See the beautiful Palace Complex – Jahangiri Mahal and the Raja Mahal. Closely study the intricacies of the mural paintings in the Raja Mahal. Visit the laxmi Narayan temple.

Continue journey to Khajuraho which is 180km and takes 4 hours to reach. On arrival in Khajuraho, check into your hotel and relax.

In the evening witness the Dances of India Show in a nearby auditorium.

Overnight will be in Khajuraho.

Later transfer to airport to board your flight for Varanasi. On arrival in Varanasi, visit Sarnath – the sacred Buddhist city where Gautama Buddha preached his first sermon to his 5 disciples under the Bodhi tree. Visit the site and the temple attached to it. See the frescoes related to the life of Buddha inside the temple. Also visit the archaeological museum that houses artifacts from the 3rd century BC.

Continue drive to hotel and check into your room.

In the evening Witness the AARTI at holy Ghat. Return to your hotel and relax.

Overnight will be in Varanasi.

Morning drive to Daswamedh Ghat and take a boat ride on the sacred river Ganges to see the cremation Ghats and witness the living traditions of one of the world's oldest and most important religions. Visit Kashi Vishwanath Temple while returning to the hotel.

Return for breakfast to the hotel. Proceed for day guided tour of Varanasi including the Gyanvyapi Mosque and Banaras Hindu University. In time transfer for flight to Kathmandu.

Upon arrival transfer to your hotel. Visit Swayambhunath. Swayambhunath Stupa the Buddhist temple is situated on the top of a hill west of the city, is one of the popular and instantly recognizable symbols of Nepal. The temple is also known as the monkey temple after the large tribe of monkeys which guards the hill. This huge stupa is surrounded by other famous temples and gompas. The great thunderbolt which is known as vajra is on the edge of the stupa was built during the Malla kings period. On the top of the stupa is a gold-colored square block from which the watchful eyes of the Buddha gaze out across the valley in each direction. The question mark-like nose is actually the Nepali number one is a symbol of unity.

Kathmandu Durbar Square is a world heritage site. It's a complex of places, courtyards and temples, built between the 12th and 18th century, used to be the seat of the ancient Malla kings of Kathmandu. Kathamandap is one of Kathmandu's oldest buildings. It was constructed 800 years ago. From this ancient edifice Kathmandu derives its name. Basantapur is residential place of Living Virgin Goddess Kumari, where girl is chosen to be Living Goddess.

Patan is separated form Kathmandu only by the Bagmati River and is the second largest town in the valley. It is also known as Lalitpur, which means city of beauty. Patan has a long Buddhist history and have stupas at four corners. Like Kathmandu Durbar Square, Patan Durbar Square is also packed with temples. Most of these temples are built during the Malla kings period. As in Kathmandu, Patan also has an old royal palace built during the Malla kings period. There is a stone column holding up a statue of Sidhinarsimha Malla, King of Patan. Remarkable monument here is the 17th century temple of Krishna Temple dedicated to the Hindu God Krishna, entirely built on stone. Golden Temple is a Buddhist monastery with wall painting, 14th century statues and ancient scriptures. Mahabouddha, the 14th century Buddhist monument is an excellent example of terra cotta art form.

After breakfast sightseeing of Pasupatinath temple, Boudhanath stupa & Bhaktapur city. Boudhanath Stupa was constructed in 5th century AD. Boudhanath is one of the largest stupa in the world and the largest in Nepal. It looms 36m high and 100m in diameter. It is surrounded with prayer wheels that contains religious texts. There are many Tibetian Buddhist monasteries in vicinity of the stupa.

Pashupati Nath: Pashupati Temple is is one of the most important and world renowned Hindu temple stands on the banks of Bagmati River, between the airport and Boudha. This Shiva temple on the subcontinent draws numerous Devotees, sadhus and holy men from all around the world. Lord Shiva is known as the destroyer and creator of the Hindu religion and appears on many forms. Although Shiva is often bloodthirsty god, no animal sacrifices are made here. Outside the temple you will see numerous people selling flowers, incense and other offering materials. In-front of the temple there is a bull known as Nandi facing towards the temple. Only Hindus are allowed to enter the temple and you are not allowed to take photographs of the Lord shiva inside the temple. Bagmati River Bank on the side of Pashupati, is also a popular place for cremation. Just beside this temple lies Guheyeshwari temple.

Bhaktapur is also known as Bhadgaon or the city of Devotees, is the third major town of the Kathmandu Valley. Bhaktapur was the capital of the whole valley during the 14th to 16th century. Much of the town's great architecture dates from the end of 17th century. This town is also well known as Newari Architecture town. Bhaktapur rises upon the northern bank of Hanumante River. Bhaktapur Durbar Square (World Heritage Site) the place of the famous Lion's and Golden gates, the palace of 55 windows (12th century) the magnificent Chowkot Palace and Bell of Barking Dogs. The Nyatapola Temple (17th century) stairway leading to the temple is flanked by stone figures of deities and mythical beasts, each 10 times more powerful than the one immediately below. The Dattatreya Temple located nearby is dedicated to the three headed combination of the Hindu deties Brahma, Bishnu and Shiva.

In time transfer to the airport for your flight to Pokhara in the Annapurna chain of mountains. The flight is awe inspiring. Upon arrival at Pokhara airport transfer to your hotel.

Overnight will be in Pokhara.

After breakfast at your hotel leave for a short city tour including a boat ride on Phewa lake where from you have the best view of the Fish Tail Mountain (Machcha pucherey). Visit the temple in the middle of the lake to pay obeisance to goddess Kali.

Overnight will be in Pokhara.