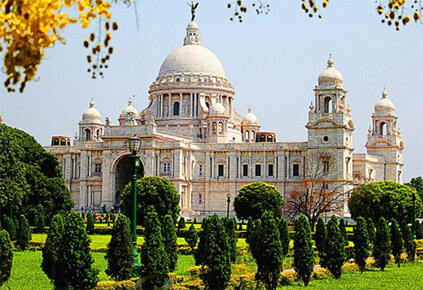 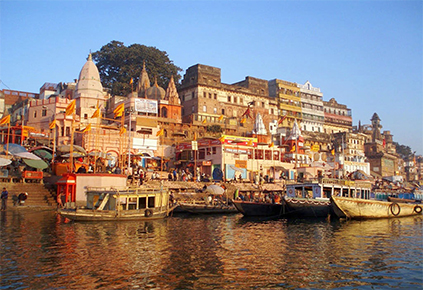 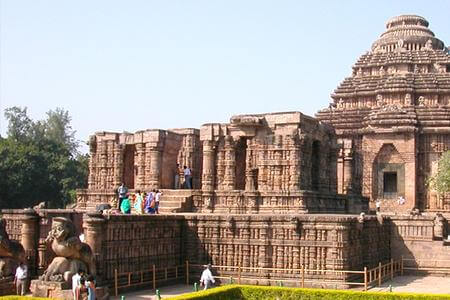 Beyond the Gangetic Plains of India Tour

Meet and assist by our representative upon your arrival at the airport. Then drive to your hotel with your driver and car.

Morning after breakfast a full day city tour of this imperial British capital of the 20th century awaits you. Visit the Qutub Minar – the tallest free standing minaret in stone in the world; then onto Humayun’s tomb – the first Mughal construction in India from 1565 AD. Also see the Rashtrapati Bhawan, the India gate built in the earlier half of the 20th century. Drive through the old city past the Red Fort and visit the Jama Masjid – the biggest of its kind in India. Here take a rickshaw through the winding streets of the old city to see the life of the people in this part of the world. A perfect introduction of your tour. The rickshaw puller pulls you through, the imperial avenue of the yesteryears, the Chandni Chowk. Finally, reach Rajghat, the memorial of Mahatma Gandhi, where your car and chauffeur is waiting for you to take you to your next stop the Birla Mandir, a Hindu temple in activity.

Leave in the morning for Jaipur on the way visiting Samode Palace. See the Sheesh Mahal and the hall of private audiences. This palace was the royal second home of the kings of Jaipur. Visit the palace and the village with its small marketplace where they make bangle of lac. A delightful experience.

Visit the Amber fort in the morning; included is an elephant ride at the Amber fort. See the marvellous Shish Mahal built in the 17th century in a fusion style of Hindu and Islamic art. Also see the hall of public audiences and Maharaja Man Singh’s Palace who had twelve queens.

After lunch set off to see the Pink city visiting the observatory Jantar Mantar built in 1727 by Sawai Maharaja Jai Singh II who was a mathematician, an astronomer an astrologer and a great musician of his era. Then visit the City Palace of the Maharaja of Jaipur with a fabulous collection of robes and saris in cotton and silk with gold latticed work. The city palace houses a collection of paintings also in the painting gallery and of course a collection of arms and ammunitions in the ammunition gallery.

Leave in the morning for Jaipur and enroute visit the phantom city of Fatehpur Sikri: the erstwhile capital of the Mughal emperor Akbar the Great.

Visit the Diwan-I-am the hall of public audiences where the emperor used to give justice to his oppressed subject. See Jodhabai’s palace (Akbar’s Hindu wife) that is even bigger than his own private palace. Later visit Salim Chisti’s tomb at the nearby mosque. Salim chisti was a Sufi saint who blessed Akbar and his Hindu wife with a long awaited son. Akbar was so overwhelmed that he built a mosque in his remembrance to thank the Sufi saint.

After breakfast in your hotel proceed to see the Agra Fort built by Akbar in 1567 where Shahjehan was imprisoned by his own son Aurangzeb.

Don’t forget Taj Mahal is awaiting your arrival today. A must see with the rising sun as the Taj Mahal is bathed in the golden rays of the morning sun. Little needs to be said about this architectural wonder which is always the sole raison d’être for every tourist's visit to Agra. Built by Shah Jahan, the Taj is a white marble memorial that houses the tomb of his beautiful wife Mumtaz Mahal. This monument took 22 years to be completed and was designed, and planned by Persian architect Ustad Isa. Apart from its stunning design balance and perfect symmetry, the Taj is also noted particularly for its elegant domes, intricately carved screens and some of the best inlay work ever seen anywhere in the world

Later visit the tomb of Itmad ud Daulah the finance minister of the Mughals and the father of Noor Jehan: Jahangir’s wife. It is the first mughal building built out completely of marble. In many contexts it is referred to being the predecessor of the Taj Mahal. Then visit Sikandara the tomb of the great emperor Akbar.

Today we go to Orchha the erstwhile stronghold of the Bundela clan of rajput rulers of central India. Orchha is a medieval village where time has stopped. You feel the timelessness of this spot. Orchha is a medieval city founded by Bundela rulers with palaces and temples of the 16th and 17th century – which have remarkably withstood the onslaught of time. The river Betwa picturesquely flanks the city.

Reach Orchha and see the beautiful Palace Complex – Jahangiri Mahal and the Raja Mahal. Closely study the intricacies of the mural paintings in the Raja Mahal and visit the Laxminarayana Temple.

Post lunch continue towards Khajuraho about 182 km away by road.

The Chandelas built 85 temples in all but today only 20 temples stand intact. Even ten centuries after they were constructed, the temples of Khajuraho reflect an eternal philosophy relevant to all mankind. The temples of Khajuraho are a world heritage site and belong not just to India but to the world. The nearby Panna National Park is a project tiger park making the area a unique combination of outstanding cultural and natural heritage - one of the few millennium destinations of the world.

Breakfast at your hotel and transfer in time to airport for flight to Varanasi. Upon arrival at Varanasi, you will be met and transferred to hotel. In the afternoon visit the temple of Bharat Mata and then witness the evening prayers at the banks of the river Ganges.

Later transfer to railway station for train `Nilanchal Express` to Puri, departure at 20:05 hours. Overnight will be on board the train in sleeper class compartment.

Spend day on board the train. Arrival Puri at 19:05 hours. Transfer to hotel for dinner and overnight.

Morning leave for a visit of the town: Puri is a Hindu religious centre famous for the massive chariot cars used in the annual `Ratha Yatra` procession. Puri is also a popular beach resort. Evening is free to relax on the beach. Overnight at hotel.

After breakfast leave for Bhubaneshwar (about 62 kms away) enroute visiting Konarak which is famous for its Sun Temple built symbolically like the chariot of the sun.

After an early lunch at Konarak, continue the drive to Bhubaneshwar stopping enroute at the village of Pipli, where appliqué handicrafts are made. Arrive Bhubaneshwar and check in at hotel, after which commence sightseeing of the city. Visit Lingaraja temple (9th c.) which is the finest representation of Kalinga art.

In the morning leave for an excursion to the nearby caves at Udaigiri & Khandagiri which happened to be the abode of Jain monks. Transfer to airport for flight to Calcutta. On arrival in Calcutta, transfer to hotel for overnight.

Morning leave for half day city tour and visit to Victoria Memorial, Indian Museum, Jain Temple, Rabindra Sarobar and Marble Palace.
Afternoon is free at your disposal for last minute shopping etc.
Later transfer to the airport for flight back home....